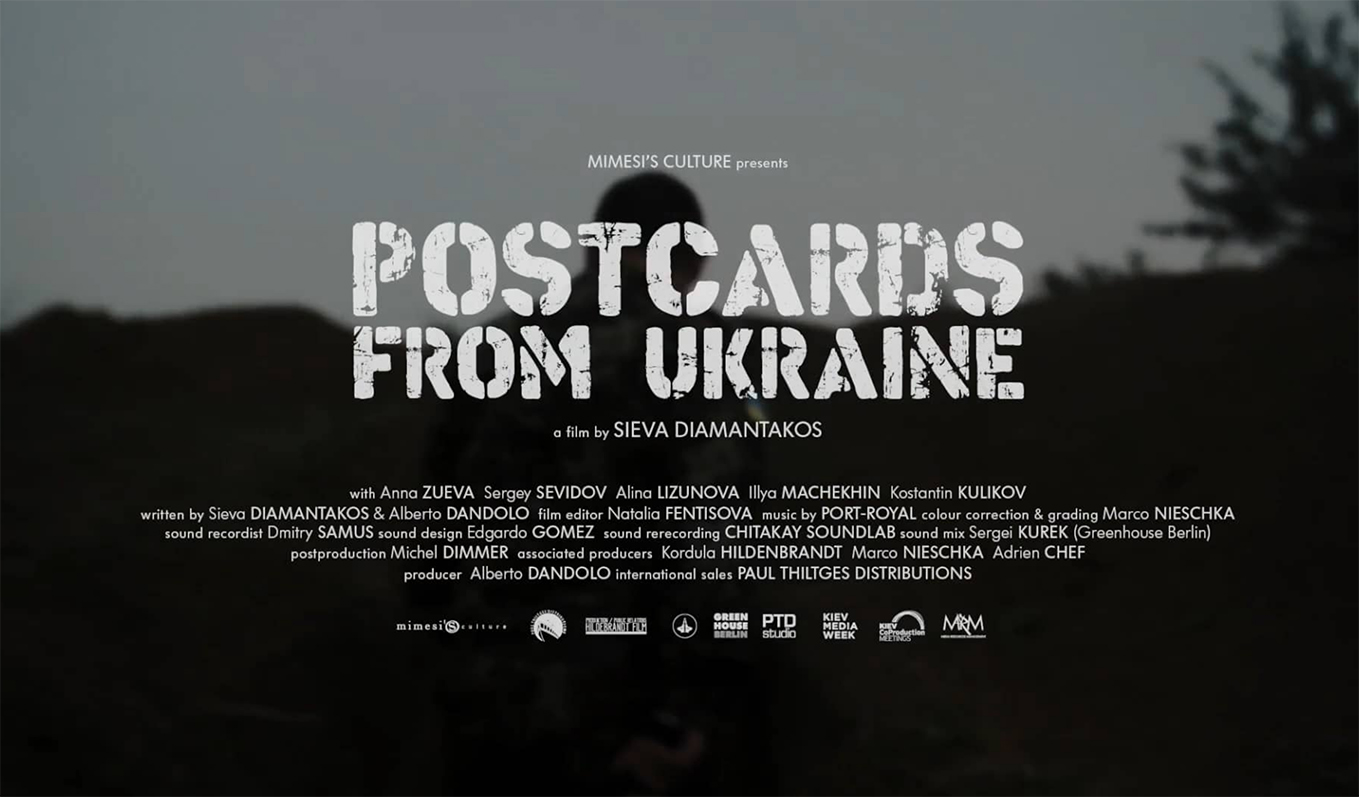 Postcards From Ukraine
Director: Sieva Diamantakos
Camera: Sieva Diamantakos
Edit: Natalia Fentisova
Music: Port Royal
Production: Alberto Antonio Dandolo (Mimesi´s Culture)
Associate Production: Kordula Hildebrandt (HILDEBRANDT FILM), Marco Nieschka, Adrien Chef (Paul Thiltges Distributions)
International Sales: Paul Thiltges Distributions
—
From the suburbs of Donetsk, to the separatists camps in Lugansk, to the block posts in Mariupol and Crimea, from the rich estates of the oligarchs in Kharkhiv to the still occupied Maidan Square in Kiev, Postcards from Ukraine aims to represent a cross-section of the new generation of Ukraine; their values, their dreams and how they cope with the biggest crisis between East and West since the fall of the Berlin’s Wall.
After traveling all over Ukraine, Sieva – the director – chose to focus on five young characters whose lives have been affected by the events happening in the country. Each of them come from various cities and social background’s, giving the viewer a sense of how individually these people react to the very important decisions they are faced with.
The documentary reports events, such as the referendum for the independence of the Donbass region and the national presidential elections, which where all factors that lead to the turmoil in Ukraine. Also, it chronicles the moments right after the revolution in Maidan, to the beginning of the conflict in the Eastern part of the country, through onto the anniversary of the revolution featuring President Poroshenko’s speech.
And then there is the influence of mass propaganda, creating the image which people see everyday, both within and outside of the Ukraine. This influence completes the context in which the five characters as well as all the Ukrainians move.